Green Explosives - the next major push in explosive chemistry? 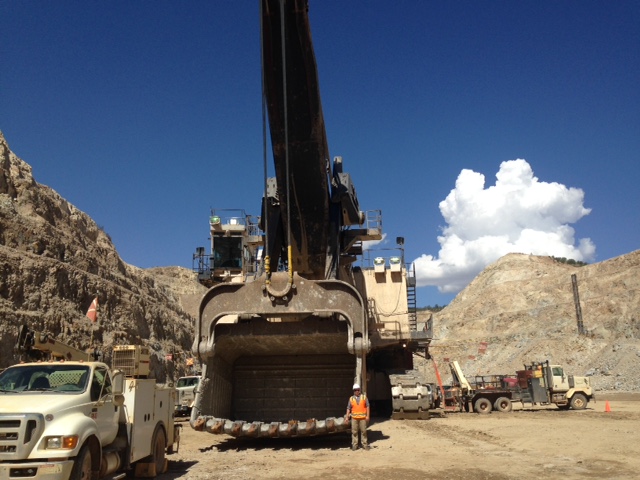 In recent times a heavy debate exists in the explosive industry that has researchers, large companies, and governments trying to determine the applicability of green explosives. In the civil industry, much of this question revolves around cleaner products following the detonation and reduction of ammonium nitrate leaching when sleeping bulk loaded boreholes. This is due, in part, to having products that are non-toxic for handling before, during, and after production and low E-factors for manufacturing processes. The energy used to manufacture the products often dictates the stability and performance of the product themselves, with a simplified relationship being more energy (in the correct parts of the production line) or increased stability of the product. In relative terms then, the explosive industry succeeds in making sustainable products - the major emphasis on improvement now comes in for following product use, in the fumes produced.

Countries like Canada have seen major regulatory changes that aim to eliminate ammonium nitrate in the water. The USA has instituted numerous environmental restrictions on mines and for the last decade has widely debating banning “visible” NOx. In addition to this, the USA has instituted policies based on production of hazardous compounds with California leading the way under the California Green Chemistry Initiative. REACH, in Europe, has a major objective of reducing environmental harm from chemical substances. This is just a quick pass at the civil world, other energetically such as propellants, pyrotechnics, and military explosives are all under scrutiny as well. The question becomes, how does Green Chemistry apply to the world of explosives?

In order to truly begin discussing the major developments of green explosives, it is imperative to determine the metrics for success. In traditional green chemistry numerous points exist for process improvements including (simplified list):

Explosives for the civil marketplace, primarily Ammonium Nitrate and Fuel Oil (ANFO) and Ammonium Nitrate Based Emulsions meet many of the criteria listed in the process. These already meet several, if not all, the traditional guidelines for green chemistry. For example, ANFO is a safe product to handle, store, and transport. No known side effects occur from handling it with bare skin or prolonged exposure. The components for manufacturing are Technical Grade Ammonium Nitrate (TGAN) and a fuel source (typically a mixture of various oils - which can come from recycled sources), with minuscule amounts waste products. It uses screw conveyance system which both mixes the ANFO and delivers it into a hopper for gravity-fed bagging. The fuel injectors are often energy efficient and the pumps are not energy taxing as the fuel source is normally engineered to flow easily. It is hard to think of a cleaner manufacturing process, especially when waste is controlled. Emulsions are more complex, but again align with most standards.

The energy used in manufacturing emulsions relates to the stability, shelf-life, and energy of the emulsion.

The civil explosive industry then needs practical, usable systems to work towards in green chemistry for improving product performance, meeting customer needs, and preparing for the upcoming environmental regulations in places like the USA, the EU, and Canada. These systems also need to be practical and applied to the actually manufactured explosive - not the theoretical mixtures. This means that we likely need to test in-field explosives and average the ratings to determine manufactured characteristics, not the theoretical values. This is likely the most important step in the development of green explosives for the civil industry.

It is imperative to understand the point mentioned above, it has major ramifications for both the users, the mine or project owner, and the manufacturer. My work frequently takes me across the world consulting on explosive manufacturing and explosive application. The most critical item on my checklist is testing the explosives being used to ensure they are properly manufactured. Improperly manufactured explosives will lead to large reduction in explosive energy and formation of toxic fumes.

In a product like ANFO, we aim for 5.7% oil to be 'oxygen-balanced' and having oil lower than this reduces explosive energy and generates substantial amounts of NOx. Low oil content is prevalent throughout the world. For example, in one project I was on in the Middle East the ANFO tested for around 3% oil content, this led to large amounts of visible NOx (shown in image, look for red fumes). A project in South America had a 3.6% oil content, which led to visible NOx. An underground operation in the USA had 5% oil which was leading to problems with ventilating the mine and overbreak into the back (roof) which led to significant time scaling and a hazardous working conditions. A site in Canada had 4% oil which led to large amounts of visible NOx and minimal bench face response.

Above video from Enrique Albarran showing a blast in South America with poor ANFO generating large amounts of NOx.

Theoretically, the ANFO mixtures would show small amounts of NOx and other fume production. Trace amounts always occur with explosions based on the temperature, pressure, and many other characteristics. The ANFO would then be rated as having an excellent fume rating, however in practice this is not the case. The major factor explosive companies can use to begin optimizing green explosives is using actual data from the field. This can come in a variety of forms, the most basic form is to spot test the products which are pulled from the bench and theoretically calculate the fume qualities based on actual manufacturing from products that get to the bench. Theoretical models and explosive chemistry software can then be used to determine the fumes that would be produced. This should be completed by a 3rd party that can validate the data.

The Fume Rating of the explosive can then be taken as the kilograms of various toxic fumes (such as NOx) produced per kilogram (or pound) of explosive. All test data over a quarter would be taken and averaged to determine the actual fume rating of the product. This would give end-users and project owners the ability to ensure strict environmental performance at the site from actual products - not base formulations. This method of testing is done in numerous other industries already to ensure that consumers receive accurate, tested products.

The second metric that is upcoming, and already in place in some areas, is the amount of nitrates leached from emulsions in a sleeping borehole. These would like take the trace of exponential functions with more nitrate leached as time goes on until eventual product breakdown. This is not a problem for operations that do not sleep boreholes, but for ones that have to - such as the coal mines in Western Canada - strict regulations exist on maximum nitrate content allowed into streams and rivers. This causes most of the sites to invest major resources into reducing sleep times which results in smaller blasts and loss of production against paying for water purification at large, capital intensive plants that must be set up around the site. Currently, no metric exists for sites like that to evaluate products differences that may help them. For this reason, the author would propose a Leach Rating, the kilograms of nitrate leached per time period (day/hour) based on standing water and dynamic (moving) water at standardized rate(s), which would be reported as a set number and/or function for mines to properly evaluate the products being used on-site verse their needs and the environmental regulations they must face.

The two major rating systems for explosives then proposed in this article are:

Explosives have two very unique perspectives which most other chemicals do not. First, the safety of handling for an explosive is critical. The ramifications of reducing safety results in major risk to human life and thus is an area that cannot be compromised. Major safety hazards include handling risks which are identified through friction, static, and general instabilities; storage risks which include decomposition at various temperatures and pressures; and manufacturing risks which can occur through a large assortment of methods for the base products, the mid-stream products, and the final products. For example, the ammonium nitrate based emulsion explosives used in the marketplace today are considered to be safe products. The industry has worked around these products for decades and have proven them to be safe explosives which do not present significant hazards in use. The storage of the products is well controlled and proven to be safe for the cap-sensitive, booster-sensitive, and insensitive product. One of the major benefits of these emulsions is that they can be stored as an oxidizer (5.1 USA DOT) until they are sensitized with the addition of chemical gassing or microspheres. The manufacturing risks of emulsion are well understood and can be controlled with assortments of sensors, manufacturing systems, and safety devices such as rupture discs to prevent critical pressure build-ups.

Safety is, and must always remain, the top priority in explosive development.

The safety of an explosive must always remain the top priority in development which exceeds priorities in green engineering. Therefore, any development in green explosives must meet, at a minimum, the standards of safety set forth with the explosives used in industry today.

Today's civil explosives are both powerful and relatively inexpensive compared to previous explosives or those used in other industries. This provides operators with the ability to cheaply blast large amounts of rock. When explosives are analyzed, we must always consider the amount of work energy (not wasted energy) per dollar. We are essentially purchasing explosive energy with our money - not just a set number of pounds. When we look at explosives in this regard, the performance is not only measured by the energy per pound but the price we pay.

In the application of green chemistry to the realm of civil explosives, the question of performance must be answered. Before we delve into the civil marketplace, let's first examine that of space. In a rocket the thrust generated by the energetic materials is extremely important, especially when energetic make up 80% to 90% or more of the total rocket weight. A decrease in thrust by a few percent may make that material completely improper and stop a rocket from reaching its intended location. In rocketry, we cannot afford to replace an energetic material with a green energetic material unless they meet similar performance standards.

In rock blasting however, the story may be different. If a green material has worse performance overall (in terms of cost per energy units), that material would still break rock with modifications to design. Can the civil explosive marketplace then tolerate a decrease in performance towards green explosives?

If so, what is the magnitude of this change in performance?

While it is entirely likely that we will see new explosives developed in the upcoming years that can maintain or exceed the performance standards of today's explosives, while being greener, cleaner, and safer - the possibility does exist that in the interim switching to a green explosive would not produce similar performance. This is one of the major considerations left to determine in the explosive industry and will likely lead the way for future innovations in green civil explosives - at least in the short term.

Green explosives are an exciting and relatively new method of looking at the products on a daily basis but in order to develop them we need to properly understand the major objectives. Explosives are unique compounds, and civil explosives are a niche-industry that utilizes special principles and forces not used in other areas of explosives. In order to begin developing these new green explosives, not only will substantial research need to go into the chemistry and formation development, but objectives in defining how these differ from manufacturer to manufacturer and what the unique differences are between them and today's explosives.